Some Auditors Were Made, I Was Born That Way 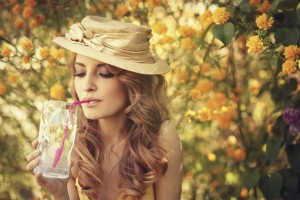 New Year’s usually brings about reflection.  I started thinking about why I am an auditor, why I continue to do it, and why people keep asking me to do.  (And I didn’t intend to paraphrase Lady Gaga either, I just noticed the title after my first re-read.)

Recently, my mother told me a story about how I was as a young student.  Essentially, I was a stickler for the rules.   I was the pesky one that identified when things weren’t equal or fair.  I identified inconsistencies and activities that just weren’t logical.  I was probably annoying about it too.

I have always been that, even yesterday.  I am at the airport, they announce boarding starting at the back of the plane.  Just about everyone gets in line.  I think to myself, why did they bother announcing and asking people to get on in order when they were not going to enforce it.  Not only do I notice this, but it bothers me to my core.  I was born this way.

But I like doing this, being observant.  I like the details.  But a person can’t be a success by just focusing on the details.  Knowing to step back and look at the big picture is important too.  Understanding where the discrepancy identified fits into the big picture is important.  This is how an auditor classifies nonconformities and makes sure that they are creating value for their client.  Over prescribing nonconformities can overburden an auditee, particularly if they are not useful or helpful.

I’m not saying do not identify everything, but there is a time to group findings, or to downgrade to an opportunity for improvement.  Also, be careful to stay within the scope of an audit.  How does an auditor know when to do this?  It comes from experience.  It also depends on the auditee.  Part of the classification can also be used to make a point.  For example, if I have a good client, who addresses everything through appropriate root cause analysis and goes beyond the specific examples that I identify in the nonconformity, then I tend to be easier in the grading of the findings.  If the auditee doesn’t go beyond the specifics, focuses on a correction not a corrective action, then I tend to raise all detail in the report and make the nonconformity more generic, which forces them to dig a little more.

You are asking, how do you know which type of auditee this is if this is the first time auditing them and their first audit?  Well, that’s a tough one, I like to give people the benefit of the doubt. 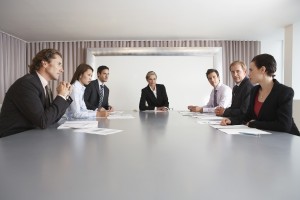 Another factor that is considered is the quantities of nonconformities raised.  If there are big issues, like a lack of procedures for significant aspects or risks, then there are bigger fish to fry in the system if a couple of inspections were not conducted exactly as scheduled.  For the client, addressing bigger issues will help them more in the long run, instead of dealing with the one off isolated issues.  But this doesn’t mean that I have forgotten those issues either.  I would mostly likely raise a strongly worded minor or major nonconformity for the lack of procedures and an opportunity for improvement regarding the poorly scheduled inspections.

So, a combination of personal traits and experience has done me well with my auditing.  I am constantly working on refining the best approach to help my auditees.  Because even though I usually come in as an outsider auditor, I still consider myself part of their team for improvement.