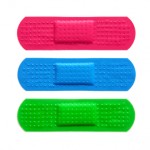 It still amazes me that there are people that do not comprehend the difference between a correction and a corrective action.  Why, you may ask me, does this aggravate me so?  Well, when corrections are taken instead of corrective actions, then the opportunity to improve is lost and time and effort are wasted.

Let’s start with some definitions.  Correction is taking action to correct a problem.  Corrective action is action taken to correct the cause of the problem and preventing it from happening again.  An example would be your child falling in the backyard and scraping their knee.  The correction would be the application of a band aid on the scraped knee.  The corrective action would involve looking in the back yard and determining what caused your child from falling in the first place, the sprinkler being left out in the grass and not visible due to the height of the grass.  And the corrective action could take multiple actions, such as putting the sprinkler away immediately after watering the grass and cutting the grass more often, so that it doesn’t obscure obstacles.  We are going to implement both the correction, the immediate action to fix the problem, the scraped knee, and then we are going to prevent the problem from happening again, putting away the sprinkler and mowing the lawn.

As an auditor, I see this a lot.  Great identification of problems and even good subsequent documentation of those problems, but the next step, the resolution of the problem is when I start to get frustrated.  I understand why you may not always implement a corrective action, such as cost versus reward based decisions.  But when there is no real effort in trying to identify potential corrective actions, then this is the problem.

Why?  Because if we don’t take corrective action, then we are doomed to have the same problems occurring.  This causes cost and inefficiencies, and in the case of safety, potential health effects.  If we don’t mow that lawn, then little Jimmy, and then potentially Suzie and all of their friends may trip over that sprinkler, and potentially that rake as well, and hurt themselves.

When auditing nonconformities, as subsequent corrective actions, there are a number of things that we need to look for:

Jimmy tripped and scraped his knee.

Jimmy tripped while running too fast.

Jimmy wasn’t watching where he was running.

Jimmy didn’t see the sprinkler as he was running.  He didn’t see it because the grass was too long.  Also, he didn’t anticipate it because it wasn’t usually out in the yard when he was playing.

Does your organization consistently have the same problems?  Perhaps the corrective action process is not as strong as thought.